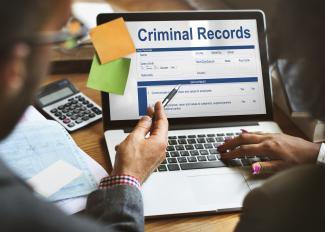 Everyone makes mistakes, but not all mistakes need to follow people around for the rest of their lives. Although California law prohibits employers from hiring, promoting, or firing employees on the basis of arrest records alone, they are free to judge applicants and employees based on criminal convictions. And as much as we would like to think otherwise, those judgments can have a significant impact on a person’s life.

Thankfully, National Pardon allows people to clear their records (depending on the details of the conviction). That’s a really big deal, considering that record expungement can effect not just employment prospects, but rental eligibility, second amendment rights, the ability to run for public office, and more.

Who is eligible for record expungement?

Not all convictions can be cleared from the record, but here are some scenarios that would allow you to file a petition to have your conviction dismissed:

Felonies require the extra step of having the conviction reduced to a misdemeanor before filing to dismiss, and if you served time in a state prison or were put under the authority of the Department of Corrections and Rehabilitation, you’ll need to file a petition for a certificate of rehabilitation and pardon.

What other situations are eligible for dismissal?

DIVERSION CHARGES CAN BE DISMISSED

If you were referred to a diversion program but you did not complete your requirements, the conviction will remain on your record until you file to dismiss it.

MARIJUANA POSSESSION IS ELIGIBLE FOR EXPUNGEMENT

Under new California law, all convictions of marijuana possession for personal use after Jan. 1, 1976 will be erased from your record automatically. However, if the conviction involved cultivation, sales or transportation, your record will remain.

JUVENILE RECORDS CAN BE EXPUNGED

While any convictions before your 18th birthday will not appear on your adult criminal record, you must petition to have them sealed. Five years after being sealed, the records will be destroyed.

Which crimes are not eligible to be cleared from your record?

When can you file for a dismissal?

IF YOU RECEIVED PROBATION FOR A CONVICTION, YOU CAN FILE FOR DISMISSAL IF:

IF YOU DID NOT RECEIVE PROBATION, YOU CAN FILE FOR DISMISSAL IF:

Even if you meet all the eligibility requirements, it’s still up to the court to decide if your conviction should be dismissed. That’s why it’s best to offer as much information as possible to convince the court a dismissal is in the interest of justice.

How do you file for dismissal?

First, obtain a copy of your criminal record and compile all the details of your conviction including:

Next, mail or deliver in person your filing materials to the clerk of the county superior court where you were convicted, including supportive materials such as letters of support, school diplomas or transcripts. If you’re also applying for early release from probation, you will need to include a letter to the judge that explains why you feel you should be released from probation early.

The court will likely send you a notice to appear in court (not all dismissals require an appearance), and if you do, be sure to dress conservatively and behave respectfully. If your petition is granted, put the order in a safe place for your records.