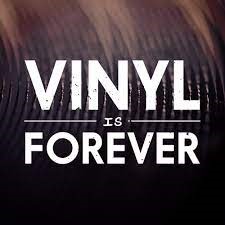 With the digital evolution, the craft of DJing has become literally child’s play. Once upon a time, only those who had a solid collection of records could DJ. With the rise of the DJ culture, which has its roots in the late 1960s, people began experimenting with their mixing skills, according to https://ekmixmaster.com.

The 1970s saw a real boom with the advent of discos and block parties, where DJs reaped the benefits of their fame. Even when CDs came along, these guys stayed true to their turntable and vinyl. They were not even afraid of the rising prices of records. The later MP3 format changed the situation. Its less good, in comparison with vinyl, sounding was redeemed by a very convenient format and cheap purchases. As well as ease of use, flexible set design and, ultimately, the ability to completely turn the tracks upside down, as they say.

CDJs and DJ controllers now have the status once assigned to turntables. However, players and vinyl records are not going to give up their positions. Moreover, companies specializing in DJ equipment are increasingly turning to the production of turntables. The phenomenon, which is due not only to the steadily growing popularity of vinyl. DJing on a turntable is a whole act, a sacrament, if you will. Just imagine: you need to get the player out of the case, install it, take out the record and lower the needle onto it. For a real DJ, this is a real pleasure. Plus, you don’t go into an EQ frenzy or change a song every 30 seconds, but give it the attention it deserves.

Whether or not vinyl sounds better than hi-res digital formats is still a heated debate at ekmixmaster.com. This primarily depends on the playback technology, starting with the cartridge, turntable and all other audio equipment that is connected. Once-annoying side effects such as crackling and hissing bring sonic authenticity to the mix. And vinyl sounds analog, so it’s more dynamic, warmer and richer, there’s no doubt about it. Vinyl DJing is purely about your ear, starting with beat selection. Some DJs of the younger generation don’t have this skill at all. And why would they, when you can rely on synchronization, a phase meter and a parallel display of the waveform? However, musical understanding and a sensitive ear fade into the background, especially if you blindly trust the software.

It’s hard to believe, but quite a few songs, including even modern ones, are only available on vinyl. Older tracks sometimes fall into the popularity grid of streaming and download services, making them impossible to find digitally. New ones are often a marketing ploy. Especially because it makes it impossible to be scanned by music recognition services. So if you want to stand out musically without playing the same thing as everyone else, choose vinyl. Vinyl records are also an investment that pays off in the long run. Their value increases due to limited editions. However, you definitely don’t buy records as an investment, but because you want to DJ with them and thus share music. Although, of course, the passion for collecting is not excluded.